Two more on the Team

Congratulations to all our paddlers at Cardington and a big welcome to our two latest members to race slalom. Isn’t it time you joined us?

On Saturday Matteo Lemon and Davis Spikings became the latest Shark Paddlers to join the ranks of our competitive squads, taking part in their first ever canoeing event,

Matteo came in in 10th place in the Men’s Division 4 K1 event, improving dramatically on his first run performance, a great start for the junior 14 paddler 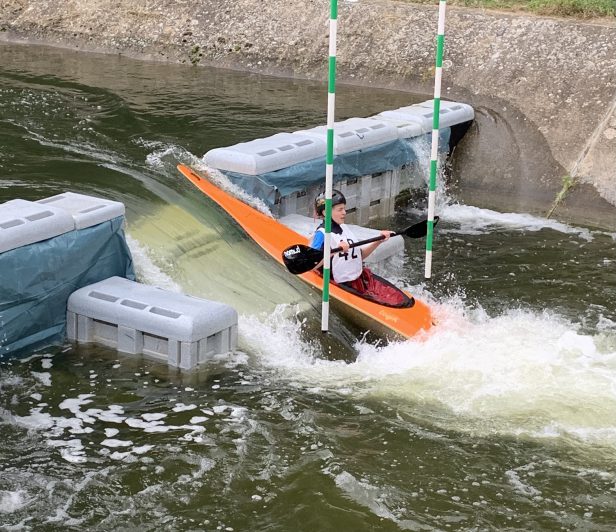 David was only one place behind in the final positions of the Men’s event, well done to you both. 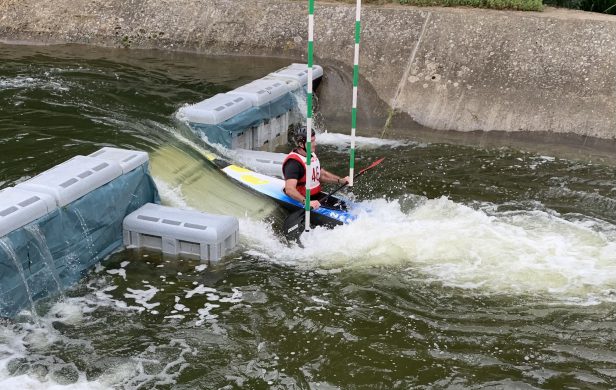 Ally Judge was racing in Division 3 K1 ladies’ on both days, on Saturday she came 14th and picked up her first points of the year. and on Sunday she came 17th. Well done Ally and welcome back to racing. 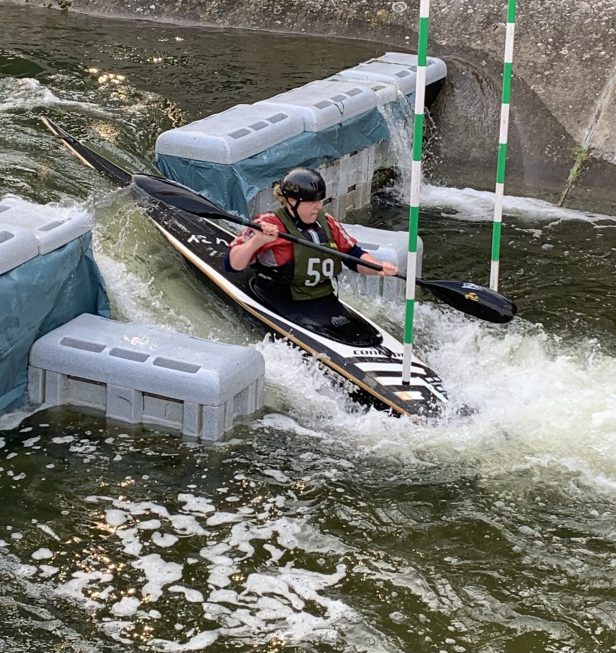 Our top ranked Men’s K1 paddler Khaleel Ziauddin was in action on Saturday and the under 23 paddler came in 27th and collected 167 points to add to the season’s tally. 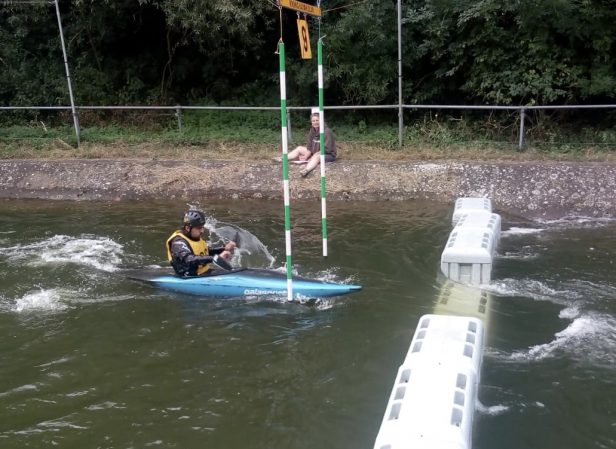 The somewhat older Neal Underwood was also back in action for the first time in two years and managed a double clear run, one of only two in the division, but the other guy was 22 seconds faster an won Neal came 37th. 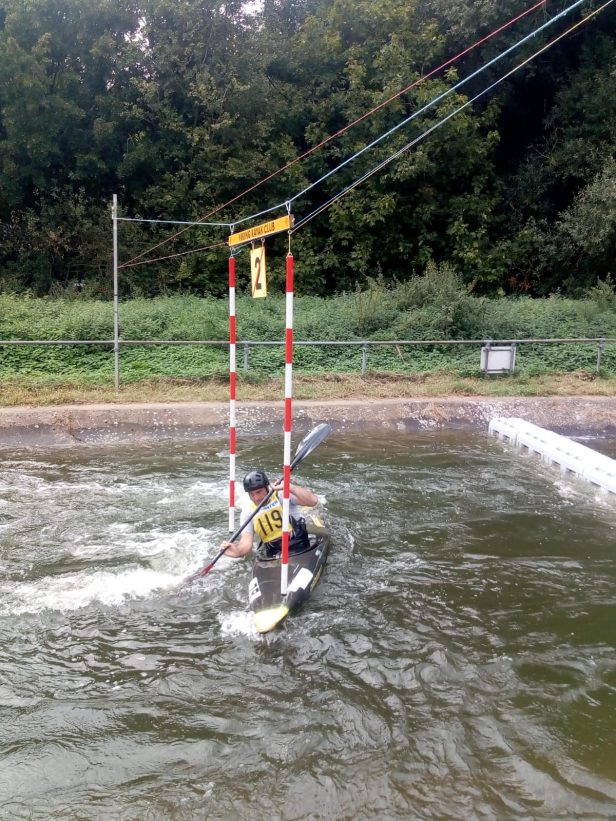 Our Slalom Coach Rick Moore continues to lead the way in the Men’s K1 event, again increasing his lead at the top of the national rankings by winning again on Saturday. 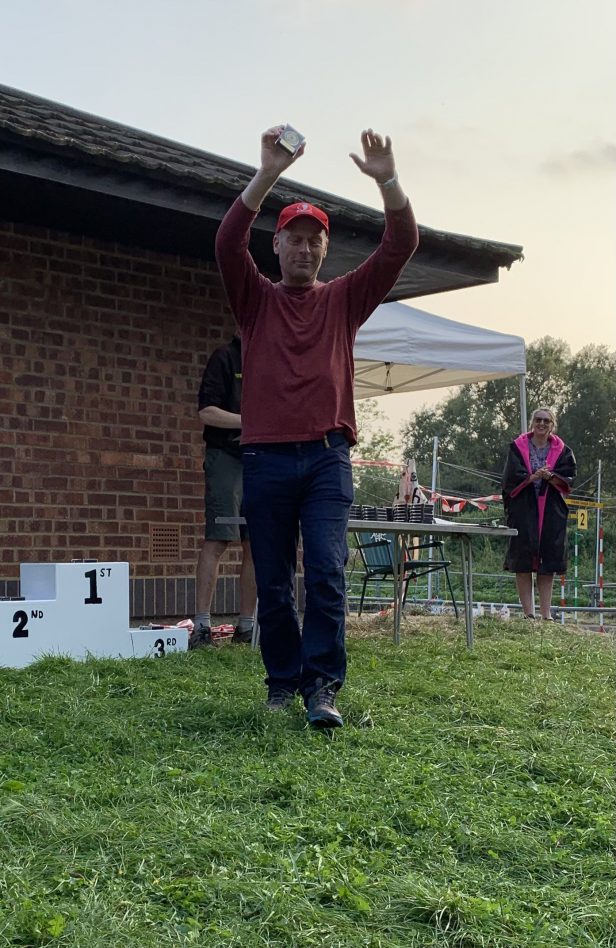 A great weekend, big thank you to everyone involved and especially to Viking Kayak Club who hosted the event, why not come and join us? Be part of the story, part of the fun. Email: slalom@thesharks.org.uk or call 07951 770241. 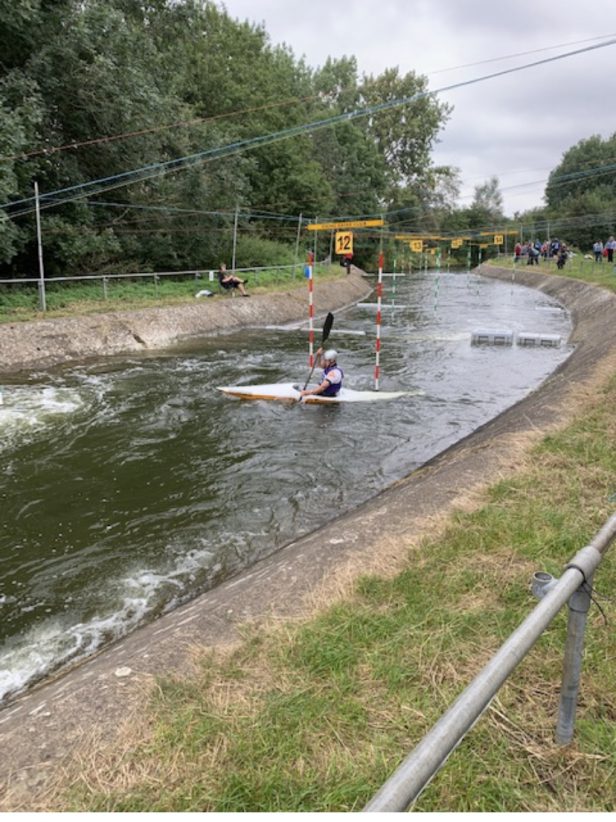 Many thanks for the Viking Kayak Club for arranging this event and special thanks to Neal, Rick and Khaleel for your continual support, encouragement and coaching tips throughout the day. 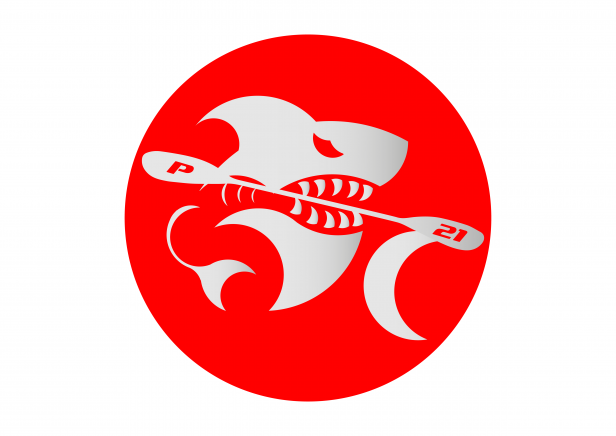 Back to Racing We are planning to go to Elmbridge Marathon on Sunday 3rd October, we want to try and get as many people racing as possible. So please keep this date free.

Slalom is coming home Well to our home at Harefield anyway and we want you t be part of it. The Sharks are hosting a Division 4, entry level events on both Saturday and Sunday. Please put these dates in your diary and come along and have fun, participating and helping.

Returning to Paddling at NW10 (Harlesden/Park Royal) With Coroner virus restrictions expected to be eased on 29th March, The Sharks are proposing to start paddling sessions at our NW10 site on Thursday 1st April.

Sundays and Wednesdays With the return of outdoor sports being allowed from 29th march 2021, The Sharks are resuming our Slalom Sessions at Harefield starting on Wednesday 31st March 2021, with a second session each week on Sundays.

Another Week, Another 508 people